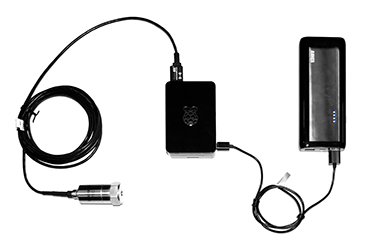 The Digiducer was recently paired with a Raspberry Pi to collect vibration data on a gear box. Through the use of PuTTY, the Raspberry Pi was accessible from a computer via Wi-Fi. PuTTY is an SSH (a network protocol to reach remote machines) client used on the Windows® Platform and requires IP cooperation between the host and the Raspberry Pi. 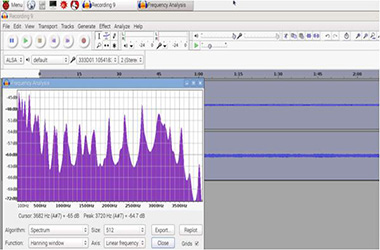 Once the Raspberry Pi’s GUI could be accessed wirelessly, it was time to do some vibration analysis. Audacity, a recording interface and analyzer, made recording and analyzing vibration data effortless. Other Linux-based spectrum analyzers can be found online. 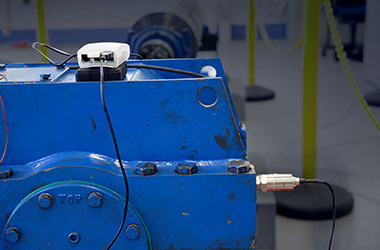 The Digiducer was placed on a gear box and the data was gathered wirelessly. This real-life application gave the results shown in the Audacity spectrum plot. The 24-bit, high dynamic range, and accurately calibrated sensor produced solid vibration results.

After recording and analyzing, the data can also be sent to the host computer through file transfer software, such as WinSCP. Post-processing vibration data on the host computer is simple with programs like MATLAB® or SpectraPLUS. Read about MATLAB’s compatibility with Digiducer here.

Another feature of the Raspberry Pi-Digiducer ensemble is the ability to create custom applications using free software development environments. These applications can be as simple as periodically waking up to record a block of vibration data. More elaborate applications calculate an RMS overall vibration and output the data using a standard industrial network protocol such a Modbus TCP/IP. The possibilities are endless. 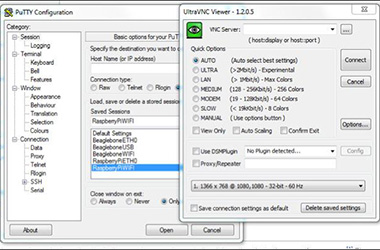 PortAudio, an open-source audio library, can be manipulated to grab and analyze data on the main computer without using any VNC or file transfer software. To perform analysis on the host computer, optimized software for the Digiducer can be found here.